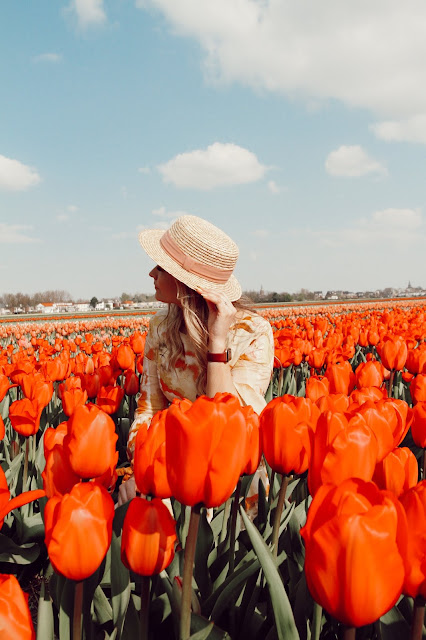 When I see tulips, all I can think of is Tulipmania. You may think I am strange, but when we were in Holland, walking by the tulip fields, I wondered how much all these tulips would have cost to create these extraordinary fields. You will feel the same once you learn more about this interesting period in history!

Tulipmania was a period when tulips were introduced to the Dutch Republic during the Dutch Golden Age (17th century). Due to the lucrative trading business of the Dutch East Indies Trade (one trip could yield 400% in profits), the Dutch started exporting the flower from the Turkey (where the flower was already a status symbol), and eventually, the flower grew in popularity because it was so exotic. However, there are quite a few outlandish stories about this period that make it seem way more interesting than it is, but I still find the real facts to be interesting! :)

The period got its name because tulips increased in price rapidly and the tulips became a luxury good. The tulip market was such huge economic power, that it became a future market, as the tulip traders & florists would buy contracts from merchants at the beginning of the year for bulbs at the end of the season. This type of market business was new to the Dutch Republic. 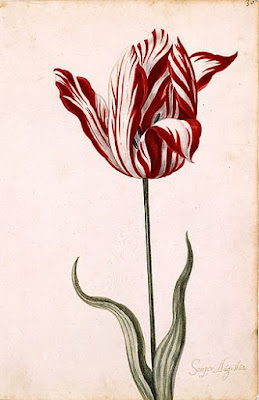 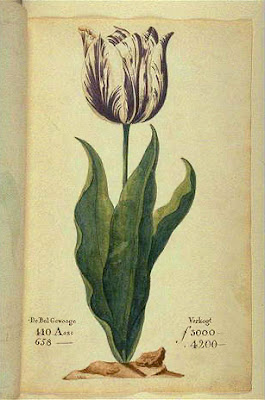 Dutch tulips growers would constantly be cultivating new strains of the tulip and would pay extraordinary amounts of money for the rare strains. The rarest tulip group was called Bizarden (pictured above in a Dutch catalog), which was a tulip with yellow or white streaks on a dark purple/red/brown background. This variety was the most exotic looking & therefore the most sought after. However, the tulip actually got this appearance from a virus (the mosaic virus) in the flower that caused the color to break in the petal & actually slowed down the tulip growth process. During the peak time of Tulipmania, a single tulip of the Bizarden style could be sold for 10 times the annual income of a craftworker! By 1636, the tulip bulb became the fourth leading export product of the Netherlands, after gin, herrings, and cheese. 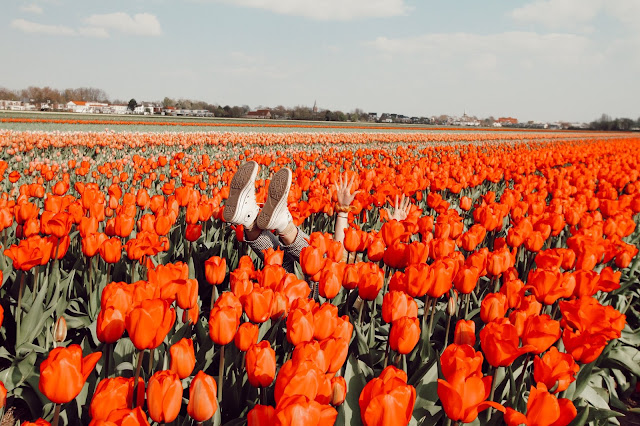 This tulip obsession in Dutch society was not loved by all. Interestingly enough, the Calvinist religious group created propaganda against tulip trade because they were worried tulip trade was going to lead to societal decay. They even fabricated a story of a man accidentally eating a tulip bulb because he thought it was an onion and so he was thrown in jail. They also created stories of foolish fisherman trying to use the tulip market to instantly become rich, which was also not true because only merchants and the rich were really involved in the tulip market.

In art, the love of the tulip is well documented. Dutch artists would create beautiful flower still life paintings that included the tulip. However, the use of flowers in still life art sometimes had an alternative meaning - the brevity of life & vanitas. Vanitas was a Dutch still life theme that warned against vanity because your life would eventually end. Flowers were one of the symbols for this because once they are cut, their life will quickly be ended.

Along with the pretty still life pictures that showed tulips, Dutch artists also enjoyed commenting on the tulip craze in the art. For example, Jan Brueghel the Younger created this painting of monkeys trading tulips to comment on the foolish merchants that were spending too much money on a flower. In the painting, you can see the monkeys in the upper-class dress and also see different stages of tulip mania.

Another popular comment on Tulipmania can be seen in Hendrik Gerritsz Pot's depiction of the Flora's Mallewagen, which was a popular subject matter that criticized the tulip trade. Here, you see the foolish tulip traders abandoning everything for the tulips. Creating a flag dedicated to tulips & wearing tulips on their heads. The two-faced goddess for Fortune is shown, which also comments on how easily things will switch for these tulip traders. 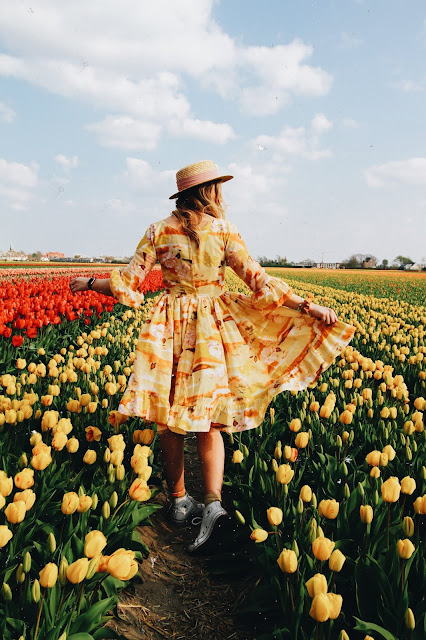 While Tulipmania was so big, it did eventually experience a crash in 1637. The prices regulated and extreme passion subsided. However, tulips are still popular in Holland. The tulip market is still a future market, and farmers are still developing new tulip strains today. 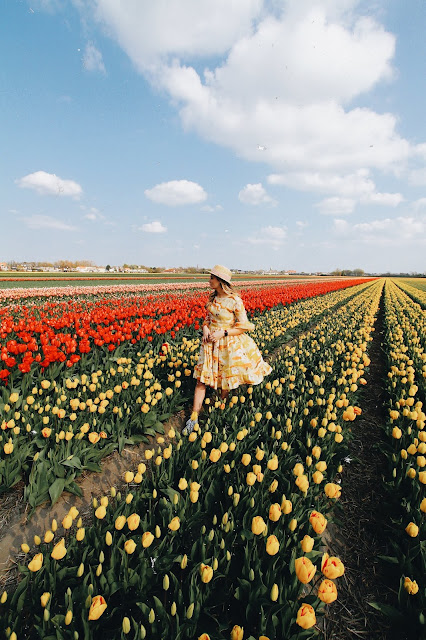 I am thankful for the Dutch love of tulips because I got to enjoy the beautiful fields while I was there. If you go, do make sure you ask for permission before entering the fields! You can damage the bulbs, and the farmers work hard in their fields. Just remember the history of the Dutch tulip and know that one of those bulbs used to cost a lot of money, haha!


Speaking of tulips, in fashion, there are tulip-shaped silhouettes & hems that mimic the style of the tulip! Do you know what I am talking about? I am now going to try a new feature in my blog posts where I find clothing items that are for sale & relate to the subject matter of my post! Here are a few:

Thanks so much for following along! If you made it this far in my post, you are awesome & deserve a tulip, haha! I have loved researching this and hope you enjoyed reading this! Did you know about Tulipmania? Let me know below!
xoxo

Love, caroline kristine ferrell at 9:29 AM No comments:

Email ThisBlogThis!Share to TwitterShare to FacebookShare to Pinterest
currently in Lisse, Netherlands

caroline kristine ferrell
fashion and art history enthusiast. relating the fashion of today with the fashion of the past.
Newer Posts Older Posts Home
Subscribe to: Posts (Atom)