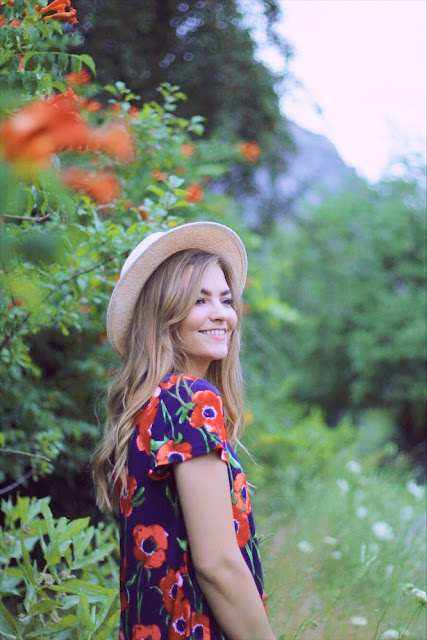 My favorite flower has been the poppy for a long time. Ever since I saw Georgia O'Keeffe's poppy painting, I was hooked. Interestingly enough, I learned that Georgia O'Keeffe loved to paint flowers so that people would stop and appreciate them. Her painting did that exact thing to me and made me fall in love with it! The red poppy is beautiful and I love when I find items of clothing with the red poppy on it. In my art history classes, we would talk about the symbolism of flowers and I started to wonder what my favorite flower symbolized.

The Victorian Era was full of flower symbolism, and they believed poppies were associated with imagination and eternal sleep, probably because poppies are used to create opium. The idea of poppies and opium has actually created a negative connection between poppies and Chinese culture. When I was looking up the symbolism of poppies, I actually found an article critiquing some poppy wearing attendees at the 2015 Met Gala, if you want to read it -- click here. Here is a quote from the article:


"For Chinese people, the poppy carries a strong historical symbolism of the 19th Century Opium Wars, waged by the British in retaliation for Chinese resistance to trade. The wars devastated China. There were over 20,000 deaths and injuries, and the conflict led to the "Century of Humiliation," in which China became subject to Western imperialism."

The choice in wearing poppies was upsetting for some because the theme of the Gala was about China and showed a lack of understanding towards Chinese history. Also, the name of Georgia O'Keeffe's painting Oriental Poppies, shows that the West continued to associated poppies with Asian cultures. 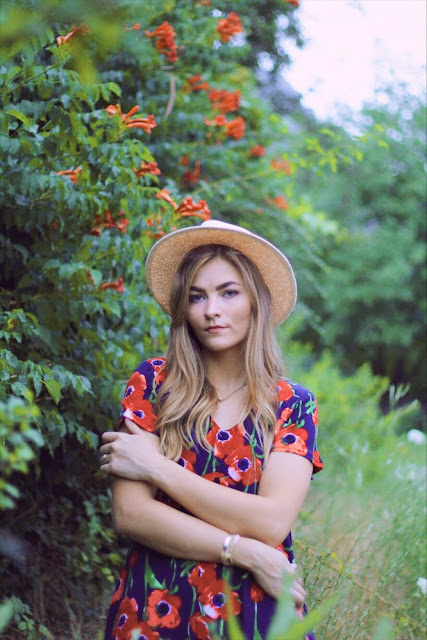 
"In Flanders' fields the poppies blow


Between the crosses, row on row,


That mark our place: and in the sky
The larks, still bravely singing, fly
Scarce heard amid the guns below.
We lived, felt dawn, saw sunset glow,
Loved and were loved, and now we lie
In Flanders' fields.
To you from failing hands we throw
The torch; be yours to hold it high,
If ye break faith with us who die
We shall not sleep, though poppies grow
In Flanders' Fields.

We are the dead. Short days ago
Take up our quarrel with the foe;"

After this poem was spread around, it inspired two women, Moina Michae and Anna Guerin, to produce silk poppies pins for a movement of wearing poppies in remembrance of those who died. The British Legion ordered and sold 9 million of the poppies and raised 100K to help veterans with employment and housing. They still produce poppy pins for the cause today. Also, after the war the even made poppy pins out of the metal from artillery shells on the battlefields! Pretty crazy! 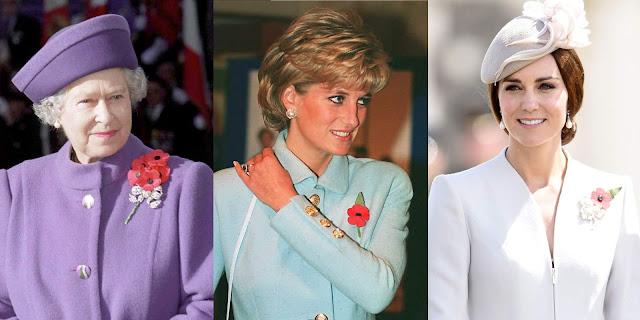 As someone who has lost a few family members, it was interesting to learn that my favorite flower is so closely associated with remembrance. What is your favorite flower? I bet it has some special symbolism!

Email ThisBlogThis!Share to TwitterShare to FacebookShare to Pinterest
currently in Provo, UT, USA