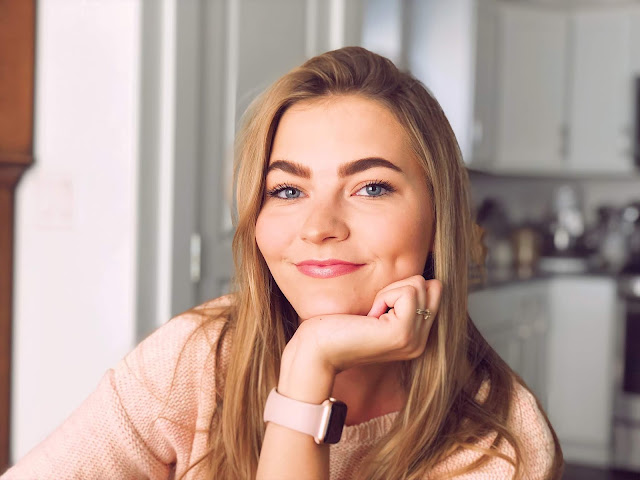 Growing up, I never really cared much about my eyebrows until I saw my oldest sister plucking hers. I think it was so cool and always wanted to have the thin plucked eyebrows that she did. I remember being too scared to pluck them (cause ouch), and so I took scissors and trimmed all the hairs short on one brow. I then realized this looked horrible and cried. I then took a marker and tried to color them in, but that just looked terrible. I remember being so embarrassed when my mom realized what I had done, it was not a good day for me haha. After that, I didn't touch my eyebrows (except the uni-brow plucking) until after I was married to Michael and my eyebrows were slightly colored in for my wedding day because the makeup artist did them.


Since being married, there have been some times that I plucked my eyebrows too thin, or drew them in too dark. It is funny how cringey it feels looking at what I had done to myself. I will attach some pictures, haha. I am not finally at a point where I love my eyebrows, and I think I found a good base (watch, i'll be regretting it in the future for some reason). I decided to make a youtube video on it. Watch below:

Looking back at the eyebrows of history (here is a good article  if you don't want to read what I have to write), I realize that messing with your eyebrows just seems like the natural part of womanhood.

Let's look at Queen Elizabeth I, in her portraits she has no eyebrows. This is possibly because it was a fashion trend, but also because Queen Elizabeth would apply a makeup substance to her skin called Ceruse, which is basically a mixture of white lead and vinegar. Her maids would apply layers and layers to give her the "mask of youth". This process was damaging to her skin, and probably covered up any eyebrows that she had - even possibly causing them to fall off.

The use of ceruse probably plays into Elizabeth's brow-less portrait, but also it seems like having little to no brows was a popular trend of Medieval-Renaissance period because it made your forehead look bigger, which was a surprisingly desired look for the time. 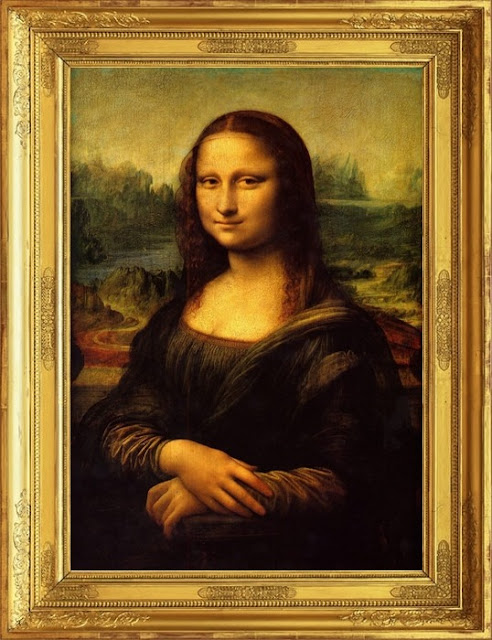 We also can't forget the infamous brow-less portrait of Da Vinci's Mona Lisa (1503). It is still up for debate the brow-less portrait was intentional. The researcher, Pascal Cotte, discovered in scans that the Mona Lisa used to have eyebrows, and they were possibly removed through the countless cleanings it has experienced. So strange right??


During the 1700 and 1800s, women beauty standards changed and eyebrows were typically "well divided, rather full than thin; semicircular, and broader in the Middle than at the Ends." According to André Félibien, a French historian. You can see the more full brow in the photo above. 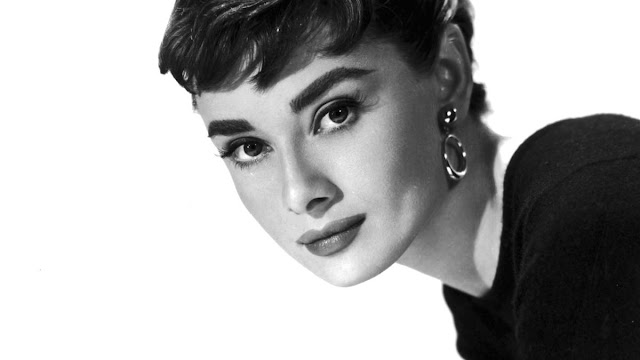 There has been so many dramatic changes in eyebrows in the last 100 years. We have gone from the shaved off and drawn on eyebrows, to the full natural brows. Here is fun video that shows the development of eyebrows through history above ^^^^. 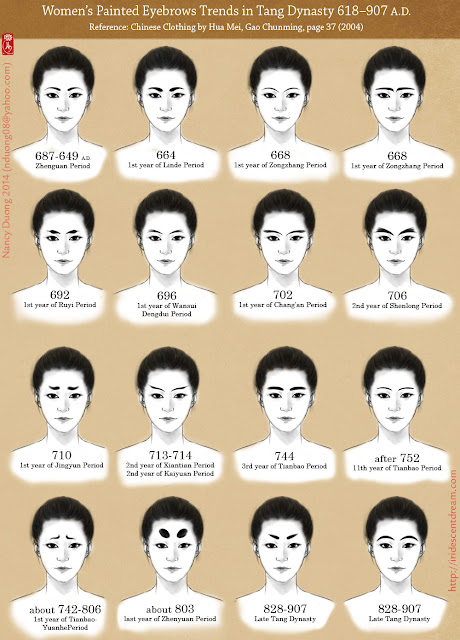 Now this is all the western culture, in the east, there are even more eyebrow trends that were being explored.


“Women of the Tang Dynasty paid particular attention to facial appearance, and the application of powder or even rouge was common practice. Some women’s foreheads were painted dark yellow and the dai (a kind of dark blue pigment) was used to paint their eyebrows into different shapes that were called dai mei.” 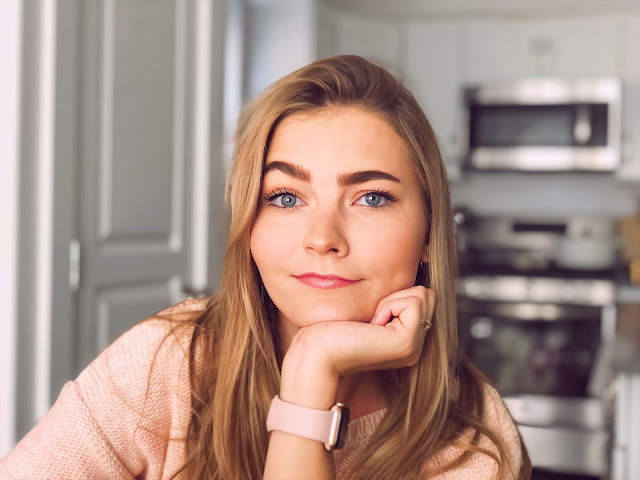 So, brows have gone through a lot in history. I know I didn't touch on everything, but hopefully the video from Vogue fills in some gaps! I am know that I am happy that I don't have to wear my eyebrows like they did in the 1920s! All that plucking! I am very pleased with my eyebrows today and hope you enjoy my tutorial!

Email ThisBlogThis!Share to TwitterShare to FacebookShare to Pinterest
currently in Utah, USA